"Not a second is wasted on this unwaveringly bold and kaleidoscopic journey through genre, teetering between simmering midwest emo and a bright, folky twang."

“A lyrical world of wonder: imagery-laden anecdotes, poison-tipped confessionals, wistful narratives, all flying past on shimmering melodies. It’s not 1998, but life can still be angsty.”

“A tremendous range of hooks and exhibitionism from the past and present, qualifying them as retro-modern stake bearers.”

“Jangly indie-folk dripping with summertime roadtrip melancholy. The harmonies swell and put this potent little number up over the top on your must-have list.”

Rounded out by Christian Kalafut’s melodic driving basslines, Crystal Dunning's haunting background vocals, and a rotating cast of touring drummers and violinists, the band have all dedicated embarrassing amounts of time to studying the pop hook. It’s that devotion that’s given them an uncanny knack for crafting impossibly catchy earworms out of everything from uptempo skate punk to somber piano ballads.

Their most recent album "MOMENTS OF IMPACT" saw them working with Vince Ratti and Kyle Black (State Champs, Paramore, New Found Glory). The album received praise from Guitar World, Under The Radar, Substream, and Aesthetic Magazine and has received extensive college radio play. 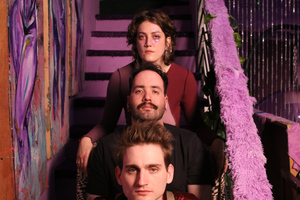 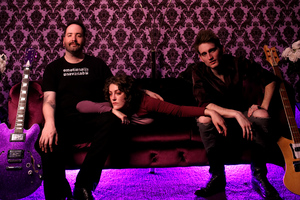